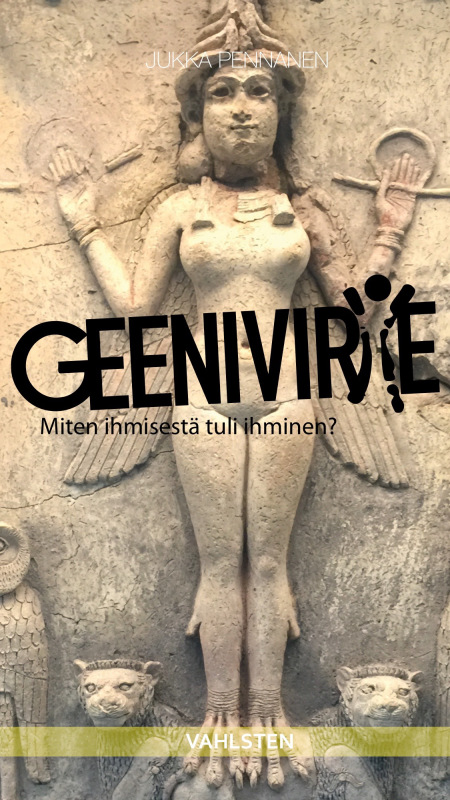 You can find the issues in this website more broadly in a Finnish book Geenivirhe – Kuinka ihmisestä tuli ihminen? (Vahlsten 2015) which is, unfortunately, not available in English. However, you can find some articles from the links below. The work is from 2015, but the texts are from a longer period of 2003-15. The book challenges established paradigms of human development by claiming that our culture is not the result of gradual evolution but of one hereditary trait that can be called the revolution of consciousness.

The key concepts in the book are adulthood, adolescence, humanity, will, reason, mind, self, consciousness and the unconscious. The book is based on a reinterpretation of existing findings and views. Unfortunately, they have been presented, so that science education is not required to understand them.

My name is Jukka Pennanen. I’m not an expert or a professional in the field I am writing about. I’m not trained in psychology, anthropology, palaeontology, archaeology, nor the neurosciences field; I’m just a drop-out philosopher. As D.H. Lawerence once put it, “I am not a scientist. I am an amateur of amateurs.” I love that line!

I plunged into the middle of the issues of human emergence and consciousness purely accidentally. I just felt the distant human past called me and insisted I listen to it. So I did. Theretofore I pondered for years the mystical experience through philosophical reflection. But, unfortunately, it was highly theoretical and pretty much useless, even though I learned a lot.

Then, unexpectedly, I saw the way out – in a random television documentary! The answer was so weird that there was no other choice but to study it by myself. I soon realised it was nothing new I had come across, it was ancient knowledge that had been known for ages, but then it had just disappeared or deliberately hidden. So my contribution to human understanding is quite modest. I’ve only given a different wording to this old comprehension.

Rather than analysing, I’ve preferred philosophical syntheses. Synthesis for me refers mainly to two things. First, in the philosophical sense, it means non-analytical methods. It is not dominated by logical reasoning as much as by association. Synthesis seeks to find the causes of problems from where analysis usually fails: contradictions, paradoxes, and things taken for granted. These usually reveal flaws and illogicalities in thinking and worldview.

Second, synthesis attempts to understand human reality by combining phenomena that are difficult to approach with pure reason (e.g. religions). The lack of rational explanation is always sporadic and strongly dependent on who explains. We locate experiences outside the rational world that are not necessarily false but might reflect our capacity to find proper expressions.

Problems may also arise when we interpret texts too literally, which is, unfortunately, widespread in the academic world. The synthetic approach is also holistic, meaning it is not possible always to understand a thing only as a sum of its parts. That’s why holism is often applied to mental states, language, and ecology. Humans can only be understood as part of their environment and not just as a phenomenon separate from the world.

Articles from the book

About 20 years ago, I was fascinated by Neanderthal man and how it differed from modern man. I then wrote the text below to describe the speciality of our kindred species. Despite the poetic tone of the text, I find it beneficial…
Read more 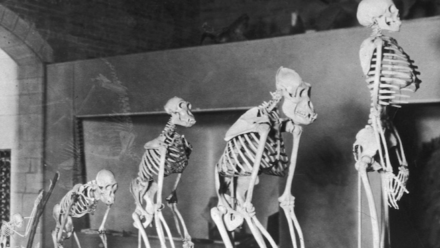 Our modern worldview is based on the anthropocentric view of Renaissance philosophy. It highlights the uniqueness of modern humans: man is a great miracle, a Magnum miraculum. Not only better than other creatures but a species in its very own class. Man…
Read more

Why does the study of juvenile characteristics of humans have a bad reputation?

Humanity includes the assumption that we would not have developed differently and not even better as human beings. Man is a unique and superior organism created either by nature or by God. We even think of the rest of the world as…
Read more