The city of Eleusis stands on a fertile plain outside Athens, Greece. Today, this famous city of the ancient world is mostly nothing but ruins surrounded by poppies. For nearly two thousand years, this was the site of ancient Greece’s most important religious feast. Although the Eleusinian Mysteries still are, as the name indicates, mainly a white spot in the history map, research suggests that behind these mysteries, we could see a cult of “psychic vaccine” against flat-mindedness and pessimism. This mystery cult lasted from the 14th century BC until it was banned by the intolerant Roman emperor Theodosius I in 392 AD.

The cult used to be no small circle celebration. Everybody except the murderers and the barbarians could take part in the cult. In the 400s BC, the participation cost 15 drachmas. The incident became a mystery partly because participants had to promise not to reveal its contents to outsiders. The violation was punishable by death. The word “mystery” is said to have arisen from this ban on “mouth shut”.

»Demeter revealed her sacred rites
to the kings who give justice, to Triptolemos,
horse-driving Diokles, powerful Eumolpos,
and leader Kaleos, teaching her Mysteries to them all,
sacred things not to be transgressed, asked about,
or uttered: great awe of the gods stops the voice.
Blest are earth-bound mortals who have seen these rites,
but the uninitiate, who has no share in them,
never has the same log when dead in the misty darkness.»

The ritual took place twice a year, in spring and autumn, in which all Greeks, both men and women, could take part, but as a rule, everyone was only allowed to take part once. As a result, we know very little about the content of the events. Only that something was drunk there and something was seen, but what exactly is not known. The lack of knowledge is partly because the participants were bound by a vow of silence about the ritual. On the other hand, it is possible that the event was confusing and could not be easily explained. The base verb of the word mystery means “closure” and refers to the closure of the eyes or mouth in mysteries. It could mean that you weren’t allowed to talk about the experience—or you couldn’t talk about it.

The mysterious drink was called kykeon. We have no exact information about it, but it is believed to be entheogenic, i.e. of the same type as Ayahuasca. In 1978 Robert Wasson, Albert Hofmann, and Carl A. P. Puck presented a theory of ergot as the active ingredient in the mystery drink. The ergot could be an ingredient in beer, which acted in the same way as psychedelic substances. Albert Hofmann later isolated LSD from the same active ingredient, ergotamine. Therefore, in Greece, it was an almost two thousand years-long tradition of continuous use of psychedelic substances! It’s likely to have something to do with Greek culture and Greeks’pantheon! 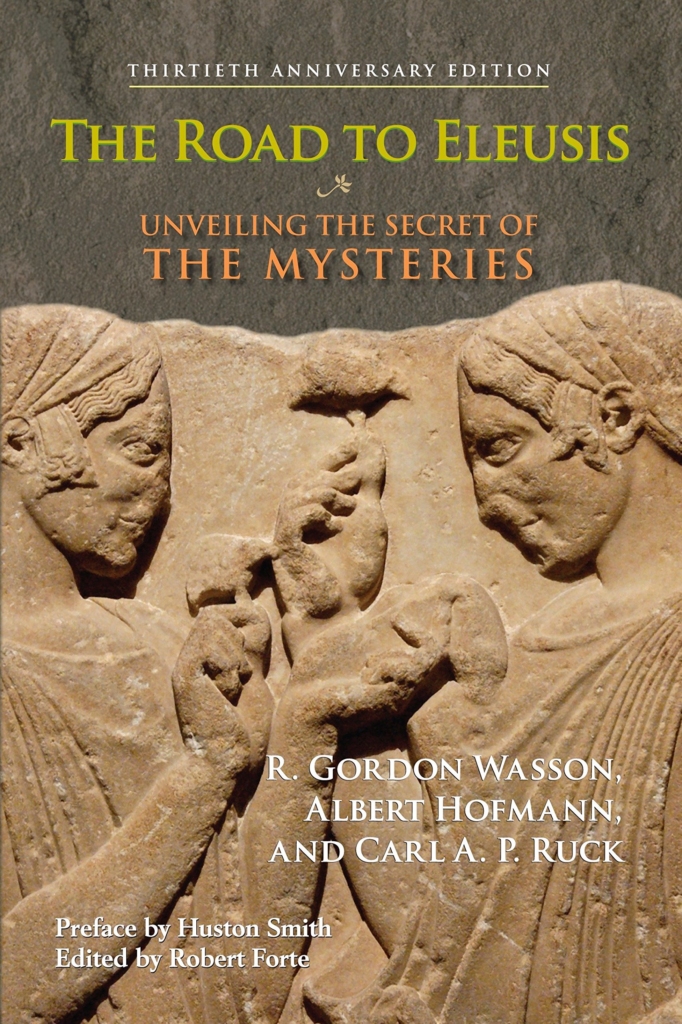 In the book THE ROAD TO ELEUSIS, published in 1978, Robert Wasson, Albert Hofmann and Carl A. P. Puck presented the theory of ergot as an active ingredient in an Eleusinian mystery drink kykeon. Ergot could be made into beer, which then worked in the same way as psychedelic substances.

In this book Alfred Hofmann, chemist and discoverer of LSD, also had to raise an ethical question about the recreational use of psychedelics when the quick spread of LSD came under official surveillance in the United States.” This brings us to a problem of our own time. This involves the question – much discussed today – of whether it is ethically and religiously defensible to use consciousness-altering drugs under specific circumstances to gain new insights into the spiritual world.” [pp. 142–3].

However, his view was positive. Psychedelics can offer something we don’t get from just about anywhere else. He seemed to question the origins of Western science, a science that has placed man above nature and empowered its exploitation. He saw the problems starting from the philosophy of René Descartes and continuing in modern industrialisation and technicalisation. According to Hofmann, it has also led to spiritual materialism and a distancing from the spiritual side of existence.

In the Middle Ages, the odd effects of ergot were known as severe necrosis and circulatory disorders with the common name St. Anthony of Fire. It has been suggested that the paintings of Hieronymus Bosch were caused by ergotamine. St. Anthony of Fire was a mystery for a long time, but it was later discovered that the culprit was ergot formed in the cones of cereals. A French physician named Thuilliers first explained it by around 1630, and a few decades later, the botanist Denis Dodart wrote a more detailed memorandum on ergot to the French Academy. However, it took a total of a couple of hundred years before people became fully convinced of the dangers of these parasitic plants, known in France as ergot (meaning rooster spur). Unfortunately, people still died of ergotism in the 1950s. Hofmann later studied ergot to develop an anti-migraine drug but found LSD.

Although the Eleusinian Mysteries were secret, the effects were quite evident. The people returned from Eleusis happy and blissful, noticing their fear of death had vanished. According to one tombstone writing, the mysteries showed that death was not evil but something good. The effects are the same as those experienced by psychedelics in studying mental illness in psychiatric research in recent years. Research constantly discovers more and more evidence of the significant power of psychedelics. The proof is scientific reports and people’s testimonies in which they openly appreciate the care with psychedelics.

Why don’t the facts convince politicians?

Some people fear that psychoactive substances will become an everyday habit and affect people’s attitudes, the economy and eventually lead to lasting resistance to those in power. However, in the 1960s, it was found that the most significant risks of the spread of psychedelics were seen precisely by politicians, not by health authorities. Then, according to advocates, LSD was seen as an answer to those suffering from the busy and stressful life caused by the global economy. Later also to those diagnosed with mental problems.

In the United States, authorities banned the possession of LSD in 1968. The decision was not based on health research or health policy. Although the 60’s LSD evangelist and counterculture icon Timothy Leary may be considered naive and attention-seeking, he may have been farsighted in that LSD should, after all, be available to everyone. That’s what the Greeks our Western civilisation so admires had done for almost two thousand years. They would hardly have done that if the Kykeon drink had become a problem (except for the Roman authorities!). 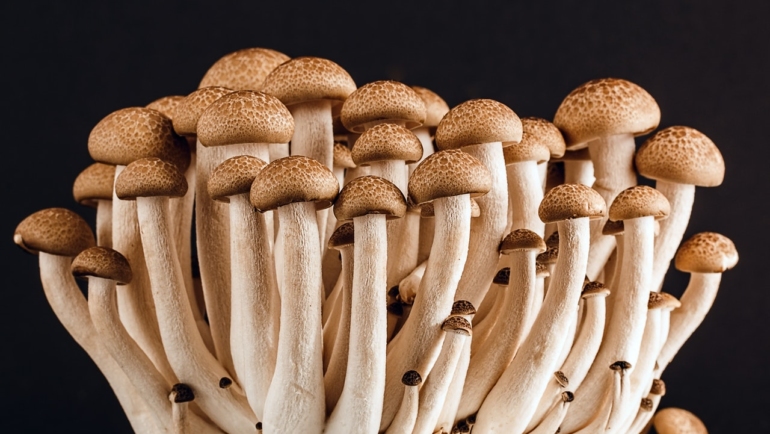