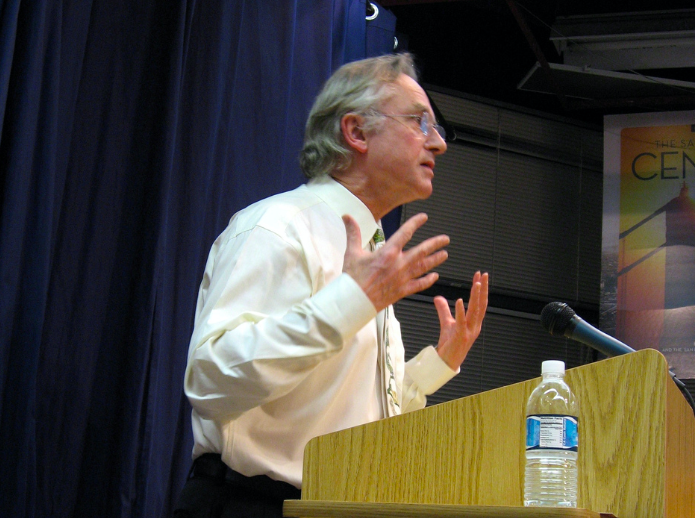 An evolutionary biologist and a well-known advocate of scientific thinking, Richard Dawkins seems to criticize religion and belief because these are based on mass hysteria and fear as a political tool. However, science works differently. It is contemplating without being subjected to panic and not allowing the public opinion to influence its outcome. That is what Dawkins stands for. But is that so?

Dawkins’ criticism also seems to focus on what could be called a form of illiteracy. It also gives rise to a phenomenon called fundamentalism, which is the inability to interpret a text any other way than literally. It is practically the fault of all those whose doctrine is written, both the Church and the scientific world. However, the jurists are still primarily responsible for global illiteracy. Since science is profoundly based on textualism and rationality (and even rationalism), it is not uncommon for Dawkins to read the Bible like he would read scientific texts.

So much so, Dawkins makes the same mistake as the Church. The textuality and rationalism of science blind him. So he is not criticizing fundamentalism or illiteracy but the lack of common sense. However, he does not understand people who are drawn to such symbolism. If he wants to attack the incorrect reading, it would be reasonable to offer an option. But, unfortunately, that’s not what he does.

The spearhead of his criticism points to churches, even though he labels things he doesn’t like as “faith.” Dawkins criticizes the supremacy of tradition as a castrating force for critical thinking. The criticism is justified. On the other hand, the same non-criticism is spread in the sciences, where every scholarship is based on the scholarship of others. Of course, the scholarship of others can be questioned, but still, it is allowed to be exploited. Science uses authority in the same way as the Church.

It is clear to everyone that faith is different from reason. On this basis, religions, especially the major religions of Christianity, Islam, and Judaism, really seem to be fundamentally different from the sciences. But is it, after all, the “faith” that drives religious people into mass hysteria and outrageously killing each other? If that is the case, then this very ambiguous term “faith” must mean something different than what we usually understand by it.

As a faithful representative of science, Mr Dawkins refuses to accept that reason does not extend everywhere and that there could be any substantial entities outside of reason. He does not want to believe that reason has limitations and shortcomings. However, this is what many people think. This kind of “anarchist” way of thinking supposes that not everything is born out of reasoning and that some things are difficult to explain rationally.

I would believe that intelligence does not play such a significant role as what science thinks. It is reasonable to believe that the human ability to grab the world with senses is limited. But science seems to be stubbornly based on the opposite view even though the studies have not yet fully explored biological limitations associated with our human receptivity. On the other hand, it is also clear that irrationality cannot act as a veil for abusive activities, not even within the Church.

Unfortunately, many people do not recognize fundamentalism in science or religion. Fundamentalism is one of the worst scourges of civilizations. It can be best seen in law, justice, and jurisprudence, where a cold and insensitive letter ignores common sense. Who is more persistent than the lawyer, the judge and the legislator (politician) to hide behind the texts and their bivalent logic. And to whom it is more significant than to an academically active scientist, for whom theory is much more trustworthy than the living nature.

BOOKS | The significant problems in civilisations are related in one way or another to books. Writing has also given birth to enlightenment—only to see difficulties associated with literacy. There are many types of illiteracy. The worst thing is not being able to read at all. The worst and the scariest thing is that you take everything you read literally. Amazingly, in science, this happens very often and in legislation regularly. Without literature, we would probably still have conflicts, but they would undoubtedly be different from the current ones. 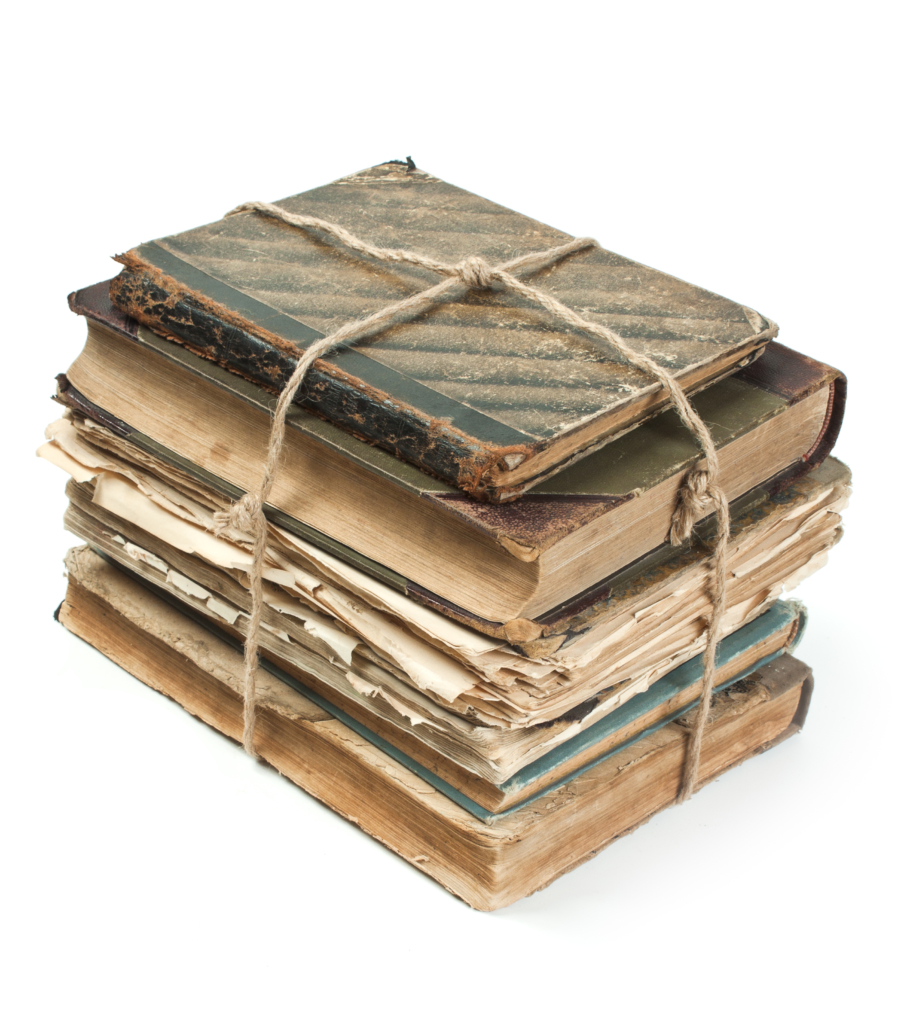 However, Westerners do not equate the law with fundamentalism. The consequences of the law are often neither dramatic nor sudden. However, all kinds of fundamentalism arise from the same illiteracy as the sudden idiocy of religious terrorism. This problem is as old as reading itself and it has its roots exactly where religions and scientific thinking were born: in the world of writing! The writings and their interpretations are the basis of the philosophical problems of science and beliefs.

The best science-driven fundamentalism is reflected in the way Dawkins reads the basics of Christianity. For example, he takes Mary’s virginity as a given fact, unwillingly or unable to see its symbolism. He criticises the ordinary people for doing the same, despite knowing the impossibility of “divine virgin birth.” Why is he doing this? He does not want to interpret virginity as symbolic because he thinks that is not what people believe.

He does not criticise fundamentalism but the lack of rationality in fundamentalism! Why is that so? He doesn’t understand people who become fascinated by symbolism that isn’t based on reason. He is a kind of fundamentalist himself. However, symbolism is how we feel and demonstrate our powerlessness in expressing inner feelings. For example, we may formulate our helplessness as admiration for something not clearly explained by reason.

On the other hand, that does not mean that our feelings of helplessness were false or unfounded. We are just not able to express the reason we feel powerless and need support. They are different things.

Religions undeniably perform humans as almost supernatural beings, although science often does it, too. However, the initial purpose of religions emphasising personal spirituality was to be entirely something else: one had to try to be a part of nature, even though this feeling was unknown and scary to man. Early forms of religion were also not mass movements from the beginning. The essence of religions was privacy and personality, and, after all, salvation was everyone’s own business. When beliefs become the massive scale state religion, they also become political, whatever their ethical message. Their core remained hidden in the fog of nitpicking and intrigue.

However, Dawkins is correct that religious movements take advantage of people’s despair and powerlessness (often including illness) to support and empower themselves. It is clear that such activities fragile the foundations of religions. Moreover, many such features are based on misunderstandings and ignorance. Sometimes even children can be amused by the nonsense of beliefs. And such stories are easy to attack.

Spirituality, for example, has virtually nothing to do with non-human reality; religion only concerns natural human experiences and feelings even when they refer to supernatural realities. Religions also have nothing to do with children (therefore, children are called the “innocent” ones). I don’t think children’s religious teaching is necessary because they can’t understand what it is all about (not even adults do!). Taking children in religious activities only makes spirituality even more unclear.

We humans also differ from each other in need of religion. Some ponder “reality” throughout their lives and still feel unwilling to commit to any spirituality, while for others, the connection to “something greater” is the most important thing they know. To understand religious thinking, one should have the ability to read “between the lines”. Excessive respect for logic only leads to fundamentalism. Cultural differences should not lead to ethical conclusions, as with Dawkins. It makes sense to say that even if Dawkins is partly correct, his blind faith in scientific methods can produce stupid decisions.